Opinion: Why my fitness isn't a betrayal to your (or my) fatness

July 29, 2018 / Becky Barnes / Comments Off on Opinion: Why my fitness isn't a betrayal to your (or my) fatness
Being fat positive whilst being active can sometimes feel a little at odds, shall we say.
For as long as I can remember fitness has been intrinsically tied with thinness. Exercise and diet have gone hand in hand for eternity. And for a large portion of my life, going to the gym was a means of punishment and war against my fat body. 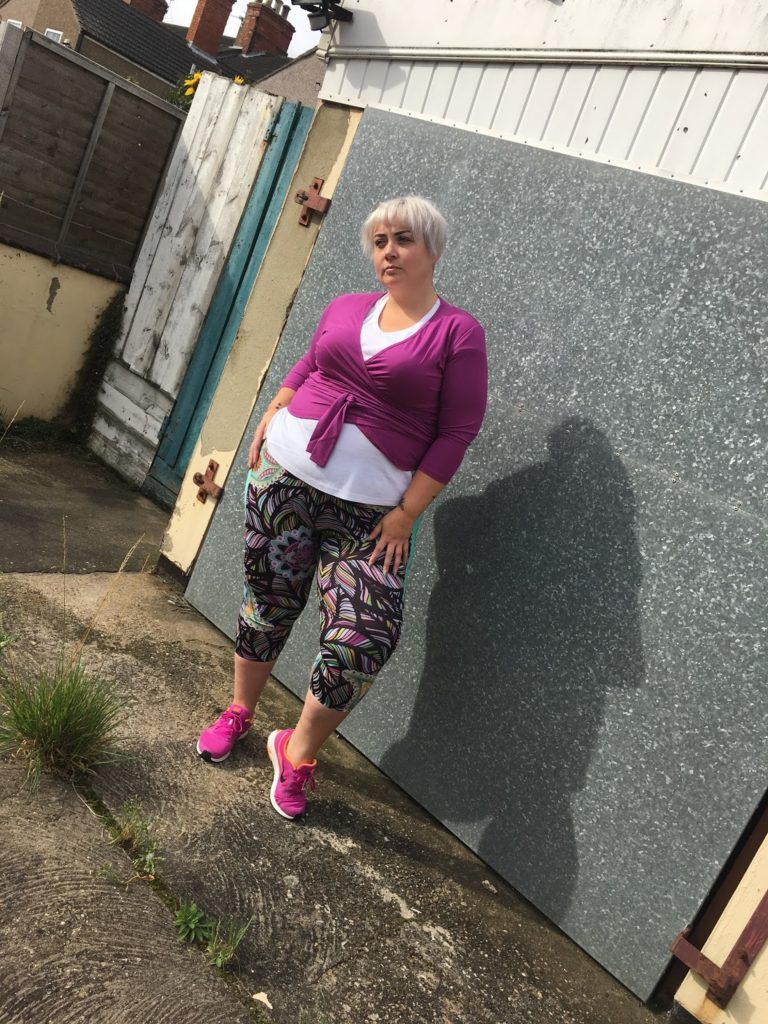 But I can remember a time, before I cared about my fatness, that moving my body meant fun, it enabled self-expression and a sense of freeness. As a child I was desperate to train in dance, but my mum and dad were so poor, they couldn’t afford classes, so I would dance around my bedroom, making up routines to True Blue by Madonna. When I reached eight years old, my dad had got a steady job and mum said I could go to dance school.
I wanted to do Tap, Ballet and Modern just like my friends, but I was told in no uncertain terms that I was too fat for Ballet, but I could do Tap and Modern if I wanted, so off I toddled to dance class three days a week, evenings and weekends, tippity tapping away like the happiest little chubby kid in the world. It turns out I wasn’t half bad and I had a talent for singing and acting too, so I would compete in dance festivals and practice my tap religiously on the kitchen floor to Glenn Miller songs.
This passion for performing and moving in general continued into my teens, I would take part in school plays and take singing lessons. I eventually grew out of traditional dance and decided to join a different dance school (Cliftons, Parents of Kevin & Jo from Strictly fame haha). I loved nailing routines and putting mega dramatic expression into everything I did – drama queen for life.
Even in my teens, grossly aware of my body size, in the throws of a quite hefty eating disorder, I still desperately wanted to move and be free, not to lose weight but because I loved it. I was in the netball and hockey team at school, I swam and I rode my bike everywhere, I was never in the house… (I’m also so old, I can remember when all this *sweeping arm gesture* was trees).
It wasn’t until I hit my late teens, early 20s, that exercise was no longer associated with dramatics, or team playing. It was strictly limited to the smelly leisure centre gym with its leaking roof and manky carpets. It slowly but surely became a punishment. If I was dieting (which I did for all of my late teens and the whole of my 20s), then I was exercising. The problem was, I wasn’t doing it for me.
I was doing it for other people. I was doing it for the bloke who didn’t fancy me, the women who bullied me at work. As I strode along on the treadmill I would say his name (whichever bloke had humiliated me that month), over and over with each sad step. I would lift weights, envisaging the faces of the women who had wronged me, telling myself that I’d “show them.” Which to me now, seems preposterous. What was I showing them exactly? That I was fucking miserable? Because that’s all I was in truth.
I was on an altogether different kind of treadmill, one of starvation, binge eating, vomiting, diet pills, exercise and utter bloody misery.
It’s only now, in the last five years or so that I have been able to embrace exercise and retrain my mind to enjoy it in its most basic form. For me exercise is liberating. By wholly accepting my body, as it is right now, have I learnt to enjoy moving it, to feel its undeniable power. I no longer chant people’s names on the treadmill, I instead lose myself in music, and say to myself “you’re alive!”
Because that’s what exercise does for me, it gives me time to reflect, submerge myself in the pure pleasure of moving. Get away from life’s pressures and noise. It quietens my mind and lets me really hone in on my physicality. Not my brain, not my thoughts, not my huge long to-do list or busy schedule. Just pure physical mechanics. Which in itself has such a positive impact on my mental health.
So I say to you, my lovely fat friends, that exercising while fat isn’t a betrayal as long as your motivation is pure. Forget what you’ve been told, forget what the industry itself tells you. You are there to be active (if you want to be that is). You are there to feel freedom in your body, take ownership of your body and to connect with it.
You don’t owe anyone, anything. If you don’t want to exercise, then don’t. If you want to, then bloody well go for it. It’s your body, your choice.